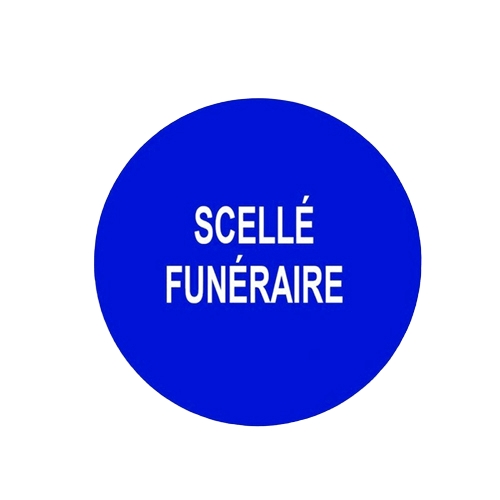 The sealing of coffins

Closing the casket is one of the funeral services to protect the body of the deceased. It requires very special administrative procedures, particularly in relation to the place of death and not the place of birth. The undertaker will help to settle the funeral of the deceased, ensuring a very professional setting, accompanied by a master of ceremony who will ensure the good practice.

What is casket sealing ?

Sealing is a mandatory step to ensure that caskets have not been opened after the funeral has taken place. It is a mandatory device that is traditionally performed using a sealed wax stamp. A piece of wax is simply placed on the screw differences and melted with a simple flame. From head to toe, a metal stamp will then be applied to accompany the wax, certifying that it has not been opened. It is obligatory that the stamp applied is made by a legal representative, either by the mayor of the municipality, the undertaker or a police officer.

Why seal a coffin ?

Although the obligation to seal a coffin is an assurance that it has not been opened, it ensures the best possible funeral accompaniment, but also avoids trafficking of all kinds. After a declaration of death (or death certificate) has been made, it is possible to place the coffin directly, either as part of repatriation from abroad or as part of a burial.

Even if it is intended for cremation, the installation of a security seal is also an unavoidable step. When transporting the deceased, it is necessary to use a galvanized container or a leaded model for repatriation or burial, which is a special case. There is an obligation that decomposition gases cannot escape from the container, so it must be completely airtight in all circumstances. This is why the use of a seal is absolutely necessary and compulsory, depending on the circumstances encountered, in relation to the conditions of transport, but to comply with the legislation in force, it is important that the task be carried out by a professional.

Within the framework of funeral contracts, certain special provisions can be made concerning the type of coffin, its size, material and other interior fittings. But under no circumstances can the use be regulated by this type of contract, regardless of the type of death and the place where it took place, the legislative obligations must be maintained and applied at all times.

Who carries out the sealing ?

It is a highly regulated operation that must be carried out under conditions that are strictly adhered to. Only authorized persons (local elected officials) may be willing to carry out the sealing of a coffin, using the process described above. Using a wax that will be melted on the front and back screws of the casket, directly affixing the jump of the city. If elected staff cannot be present to carry out the process, they may delegate this authority to an authorized person from the police.

Finally, using an exceptional derogation, the undertaker will be allowed to carry out the installation, this time using a stamp specially designed by the funeral home and not using that of the town hall. Once it has been deposited in one of the city's cemeteries, the various wax applications that have been carried out will ensure that the cemetery is not opened.

How is the sealing of coffins done?

Although the Law on the Modernization of Justice has been adopted several years ago, the monitoring system concerning the placing on coffins still needs to be implemented. The law allows for greater flexibility, although the traditional method is basically done with wax, it is now possible to use plastic seals or even VOID security label. The process may seem surprising, but it is fully approved and offers many advantages. In any case, it is a tamper-proof label that has been specially designed for funeral vacations. An opening witness is thus present, making it possible to ensure that the coffin has never been opened. Quicker to implement than traditional wax-based solutions, printable labels VOID are increasingly used by funeral directors to seal a coffin.